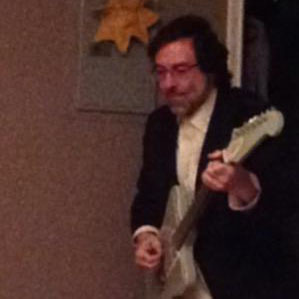 Wayne Resnick’s unlikely path to the radio business falls under the category of “you just can’t make this stuff up.” During grade school Wayne spotted one of his teacher’s making out with her boyfriend while smoking a joint at a concert. Later in life, Wayne’s work at a methadone clinic turned into job in Federal Law Enforcement which led to a part-time gig on KFI-AM 640 in Los Angeles. Hear how all that ties together; and find out whether or not this talk-radio utility man is still rocking the totally awesome mullet in the picture accompanying this post in Meet the Personalities 006 with Wayne Resnick.

Wayne Resnick: It’s the most intimate form of media available, way more intimate than social media, television, even entertainment things like music and movies. And people would say, “Well, music is very intimate.” That’s true. Not as intimate as radio. So the connection is much stronger.

Welcome to Meet the Personalities, the podcast where we sit down with radio personalities for a candid talk about their take on the business of radio. I’m your host, Tom Smith, and today I’m joined by Mr. Wayne Resnick. Now, Wayne is part of “The Bill Handel Show,” Monday through Friday on KFI AM 640 in that Los Angeles market and that’s on from 6:00 AM to 10:00 AM. But Wayne has been a mainstay on KFI for not only years but decades kind of as a fill in host and also you’ve had a weekend show that’s kinda bounced around, right?

Tom: Well, Wayne, thank you so much for joining me. I appreciate it.

Tom: All Access said you’re gonna be joining “The Bill Handel Show” and this was a few weeks before, you know, you started. And that you were retiring from a career in federal law enforcement.

Tom: I did not know that.

Wayne: I just retired 28 years with the United States Probation and Parole Agency.

Wayne: And was basically doing that side-by-side with being here at KFI.

Tom: So one of the things that we always talk about on Meet the Personalities is everybody’s path to the microphone is a little bit different. How did you get into radio? How does federal probation officer make its way to radio?

Wayne: I don’t know how much help this is gonna be to anybody else to copy my path to radio. But it starts with, first of all, you’d have to get a job with United States Probation and Parole because then this will cause you to move to Los Angeles. I was up in Santa Barbara and I was the program director of a methadone clinic and…

Wayne: Yes. And one of the things that we did is the drug testing for people who were on federal probation and parole. And one day they come. You know, they come to audit your contracts and the PO up there, I’ll never forget him, David Gonzalez, he says, “You know, they’re hiring down in Los Angeles. It’s a good job. You should look into it.” And I did. So, I moved to L.A. to start that job in March of ‘89 and it was the first time in my life I ever needed a traffic report because I’ve only ever lived in Santa Barbara where they have traffic reports but you really don’t need it.

Tom: How old were you at that time?

Wayne: Twenty-six I think. So I became a fan of the station and at that time there was a guy, I think it was on the weekends at the time, Joe Crummey is his name. And he’s still a friend. And if I didn’t know him, he didn’t know me. I was just a listener. And one day I got a wild idea and I wrote a theme song for his show. And I recorded it and I sent it to him. And he liked. He got it and he liked it. And he called me and we became friends. But…

If you enjoyed this podcast with Wayne Resnick, be sure to check out the rest of our podcasts here.