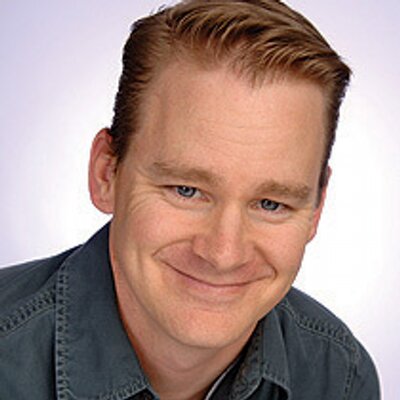 When a small market radio announcer wished Gary Hoffmann a happy ninth birthday, the future co-host of the Gary and Shannon show was greatly impacted. Fast forward to boldly covering a police standoff, for a radio station where his official job title was sales assistant, and you begin to understand Gary’s success. He wasn’t waiting for it – he made it happen. Hear those details, plus how Gary found himself in a presidential motorcade doing 100-miles-per-hour down I-405, and much more in this episode of the Meet the Personalities podcast.

Welcome to Meet the Personalities – the podcast where we sit down with radio personalities for a candid talk about their take on the business of radio. I’m your host, Tom Smith, LA Radio Specialist. And today, I’m joined by Gary Hoffmann of the Gary and Shannon Show heard on KFI-AM 640, Monday through Friday, from 10:00 a.m. until 2:00 p.m. Gary, thank you so much for joining me today.

Tom: Let’s start from the beginning. How did you make your way into the crazy business of radio?

Gary: I grew up in Northern California and there was a single radio station in the town, Petaluma. And we could get all the San Francisco radio stations, but for some reason, this one held a special allure to me. The, you know, old hometown guy who used to do the morning show would play records maybe twice an hour but would always be involved with everything that was going on in the town, whether it was the city council meetings that happened the night before, the parade that was gonna happen that weekend, the high school football team and their championship run…

I mean, he just seemed to be involved with everything in that town. And I remembered distinctly my ninth birthday when he wished me happy birthday. Not that I was the only kid in town or even the only kid that day they had wished happy birthday to, but it was significant to me that this disembodied authoritative voice knew who I was. It made me feel so , and there was something magical about that.

Later on in high school, I got to know the host of the show, his name was Ron Walters, I got to know him a little bit. And he ended up moving on from the morning show but was still involved with radio station for special events, and he invited me to come down and watch the morning show with the host at the time. And it just struck me how authoritative, how powerful a single voice could be in everyone else, you know, in 50,000 people’s lives at one time. It’s one guy, one microphone, maybe one script of a commercial he’s reading, one weather report that he’s reading, one song that he’s introducing, but he’s impacting that many people all at once, it was just poetic to me.

Tom: And you’d never met him prior to later on in life? So when he introduced or when he wished you a happy birthday, you never…

Gary: No, no. It was just a thing where the parents would call early in the morning, “Hey, could you wish my son…during the birthday time, wish my son, he’ll be nine,” you know, and he would go through this list of names and we would just sit there, my sisters and I, would we would eerily await that guy, the big voice guy, saying our names and that it’s our birthday and I’m nine today. He knows me. It was great.

Tom: So greatly impacted very early on, did you then, at one point say, “This is what I wanna do.”

Gary: Well, I crapped out of my baseball career in high school, so that wasn’t gonna go anywhere.

Gary: Yeah, yeah. I was the only one. But it was but before I went into college. I would say, sometime in high school, I decided that radio/TV was gonna be my area of study in college. And then, from there, who knows? I would’ve gone either way. But after having experienced both lanes of radio and television, I chose radio, for different reasons. But I chose radio because it was a better fit for me. So…

If you enjoyed this podcast with Gary Hoffmann, be sure to check out the rest of our podcasts here.